Deserts, rows of camels with heavy saddlebags, and figures with scarf-obscured faces leading a caravan is everything I picture when thinking of the Silk Road. While it is more of a fairy tale image than the real Silk Road, it has seeped so deep into our collective understanding that I stick with this slightly magical and mysterious concept.
I stopped in Xi’an, capital of Shaanxi Province, which was the first (and last) stop on the Silk Road in China. While I must admit the bustle and variety of city life did hint towards an international oasis - this was not it.
After a long train ride going northwest, I reached Dunhuang, which greeted me in a way one would expect from a desert sandstorm. The city in Gansu Province is surrounded by wild deserts and is located close to the borders of Qinghai Province and the Xinjiang Uygur Autonomous Region. From the moment I got into a taxi, it was clear that this time I have gotten much closer to the image of the Silk Road that I had envisioned.
Dunhuang is an oasis town on the edge of ruthless Taklamakan Desert, offering travelers and traders carrying goods from the West and back a place to rest. The Silk Road from China stretched two ways around the Taklamakan Desert: north and south. Dunhuang lay at the crossroads of the divide. The evidence of such a past may not be immediately obvious in the city, but after brushing off the usual buzz of the urban areas, Dunhuang sure has enough to feed your Silk Road fantasies.
The town boasts a variety of cuisines, bars, and attractions to keep you occupied for a couple of days. The plethora of dishes served in the central market streets could also point to the historical past of crossroads and fits well into the overall puzzle.
Mogao Grottoes
The main attraction in Dunhuang is the Mogao Grottoes or the Caves of the Thousand Buddhas. You can only enter with a guide, but it is for the best since wandering around by yourself would leave little to no satisfaction.
The Mogao Grottoes were built in the 4th century after a monk had a vision of a thousand buddhas over the desert and understood he was meant to build a temple in the hills. The 492 caves carved into a cliff above a river are a UNESCO World Heritage Site and became a center for pilgrims and worship. Mogao stands out with its unique history, and represents a peak of Buddhist art for over a thousand years. The caves contain 45,000 square meters of murals and more than 2,000 painted sculptures.
The Mogao Grottoes are especially famous for a secret cave that was long covered by the desert sands and only unearthed in 1900 by a Taoist monk who afterward dedicated his time to protecting the site.
This library cave contained about 50,000 manuscripts in about 20 languages, with the oldest ones dating to around the 3rd century. Among the unearthed manuscripts, a Tang Dynasty (618-917) Chinese version of the Diamond Sutra was found, which is today the oldest printed book in the world.
Another mark in the history of Mogao caves were white Russian soldiers who were jailed in the caves after fleeing the civil war in Russia. One of the caves open to the public bears the names of soldiers scratched into the frescos and a disfigured hand of a buddha with writing “this hand is ugly,” among other damage.

A food vendor from Xinjiang on Dunhuang Food Street

Crescent Lake
Nestled in the yellow dunes just south of the city, Crescent Lake is a place that will kickstart your imagination. While the only road leading to the Crescent Lake is touristy, complemented with camel rides and other usual desert entertainment, the lake itself surprises with serenity. It is certainly easiest to visit in the evening when the desert sun is not too threatening, but a tour during the day is more likely to be empty of other travelers. The sandy dunes were bound to get in my shoes either way, so I immediately took them off upon stepping into the area and tried to balance on the hot sand. The lake with a temple and willow trees leaning toward the water lies at the very corner of the tourist area, and the dunes around it are a no-entry zone. I visited around noon, and after making a strenuous trek across the tourist area, I decided to stay and relax on one of the benches under the willow trees that offered shade and cool air. In all fairness, the only way to catch the Silk Road magic lingering around Crescent Lake is to try and guess the hours when other tourists are not going so you can have it all for yourself to enjoy the sound of dunes shifting in the hot wind. The most popular time for tour groups is a dawn camel ride on the dunes in an attempt to see the sunrise. Just a couple hundred meters north of Crescent Lake is a holiday village built in the style of desert sand houses with restaurants and hotels which, while tacky at times, offers a great pretend-play feeling of desert life and very decent Xinjiang and Shaanxi food.
Jade Gate Pass
A day trip from Dunhuang, Yumenguan or the Jade Gate Pass has often been associated with loneliness, thanks to its remote location in the deserts of Gansu. The western-most pass of the Great Wall now boasts the remnants of two walled cities and a beacon tower. The trip from Dunhuang requires one to drive through a 60 kilometer-straight stretch of empty desert with only occasional scrubby bushes to break the landscape. The Jade Gate was the final outpost for travelers heading to India or the Roman Empire, and it got its name for the frequent caravans of jade that passed through it during the Han Dynasty (202BC-220AD).
On the day I ventured to the Jade Gate Pass, strong winds were creating real sand chaos in northern Gansu. The loneliness and emptiness set in when moving toward the Jade Gate Pass since it takes a couple of hours to get there. The last remaining beacon tower, made of rammed earth, stands lonely and magnificent in the yellow backdrop of the desert, and the sandy winds leave dust on your face when turning any corner around it. Two other locations of the remaining walls of Fangpan city are accessible by the tourist bus and are worth the trip when you make it so far into the wilderness.
A stay in Dunhuang can take as long as you’d like. For anyone chasing the dream of 20th-century explorers’ spirit of discovering China, it is a must-visit spot. 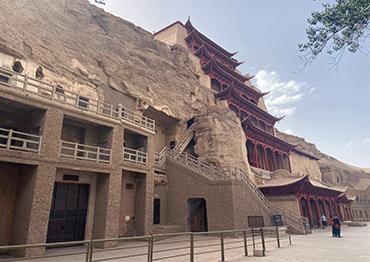 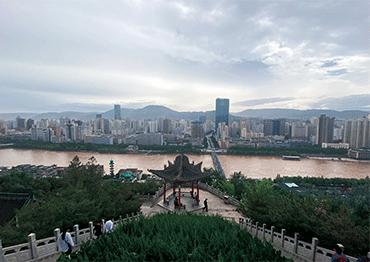 Tune in to the Song Capital 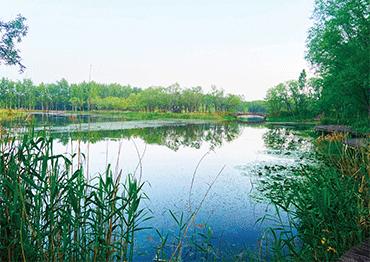