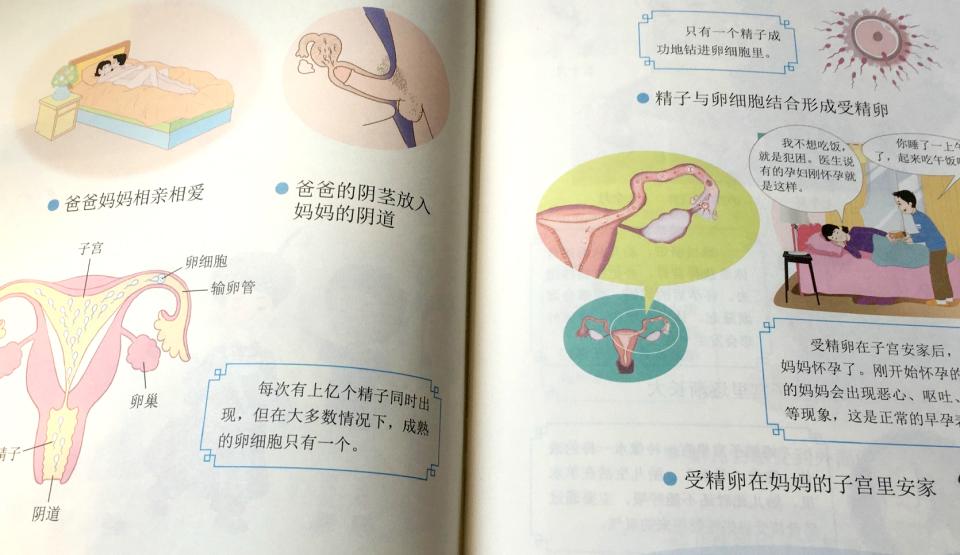 Children in certain parts of the world are taught about healthy adult relationships from an early age, but this is not common in China. Recently, a book about sex education that was circulated among primary schools in Hangzhou, capital of Zhejiang Province, sparked discussion on whether it is suitable for pupils to read.
The book covers a broad range of sex education topics, including safe sex, contraceptives and body image. The volume also introduces other related issues such as the principles of gender equality and definition of and harm caused by sexual assault.
Many parents and netizens have expressed concern over the straightforward contents and the way that schools have directly handed the books to primary students without the guidance of teachers.
Liu Wenli, the book's chief editor, has highlighted that while the traditional idea in China is that sex should not be something that is taught and that kids naturally become aware of it as they grow up, sex education should in fact be a compulsory course just like mathematics and Chinese.
A worker at Zhejiang Education Department has said that it is indeed inappropriate for children to understand the contents of the book by themselves, an idea also supported by director of Beijing Sexual Health Institute, Huang Lili. Huang noted that sex education is necessary for children, but parents and society have not paid much attention to it, meaning most parents are unable to protect their kids from sexual abuse.
Media outlets have also joined the fray, suggesting that the prevention of sexual assaults on children should rely not only on sex education for children, but also on regulations issued by authorities and publicity campaigns.