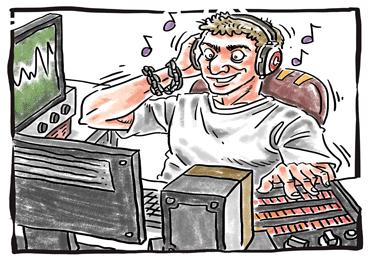 A Chinese company owner in a WeChat group recently contracted me to submit five recorded pieces of music a day for 20 yuan (about US$3) each, with an eye to profiting from this market. Each piece needed to be three minutes long and did not need vocal parts. I agreed. Why did I think I could do it?

I’ll always be grateful to China for making my childhood dream of becoming a musician come true.
In my 40s, I was able to visit over three dozen Chinese cities and share traditional folk songs that have been passed down for hundreds of years, first crossing the Atlantic from the UK to the Americas, and now crossing the Pacific to China.
However, I’m concerned that the days of the performing musician may be drawing to a close. Our profession is being replaced by technology.
Since the invention of the loom, automation has been replacing the jobs of common people. Think of the most common English last names such as Smith, Carter, and Cooper. These names represent professions that literally defined people. Now those jobs have vanished like the horse and buggy. The family name Singer is about to join this club.
People interested in a night of music are now more inclined to enjoy karaoke or watch TikTok videos than go to a live music venue. DJs are now more popular and make more money than live bands at music festivals and in most venues.
My traditional folk music band originally consisted of guitar, fiddle, banjo and mandolin. But as we became more popular and started to play festivals, I switched to the upright bass, because modern audiences demand a big sound. Later, we started to amplify our stomping feet, because a drumbeat helps people dance.
But still, it’s not enough. I’ve spent the last two years teaching myself how to use computers to make music. I can now perform alone, replacing all my bandmates with computerized parts. And it is not simply playing along with prerecorded tracks. The computer can speed up and slow down with me. I can improvise and change songs midway through whenever I like. I can use a keyboard to play solos that sound like a fiddle or mandolin. And when required, the bass and drums can sound as big and exciting as any hip hop or dance record.
And now, the winds of change are extending to the creation of music.
The success of TikTok and Douyin, owned by China’s Bytedance, has fueled a race for musical content to back up the countless video of teens playing pranks or enjoying the latest dance crazes. The music can be somewhat repetitive. This makes it simple to compose.
A Chinese company owner in a WeChat group recently contracted me to submit five recorded pieces of music a day for 20 yuan (about US$3) each, with an eye to profiting from this market. Each piece needed to be three minutes long and did not need vocal parts.
I agreed. Why did I think I could do it?
There have been rapid advances in music technology. Billie Eilish’s breakout album, for instance, was recorded in her brother’s bedroom.
The equipment in my home studio is worth just a couple of thousand dollars, but gives me more powerful tools than even the biggest bands had decades ago.
If a song calls for Latin horn section or an upbeat K-Pop rhythm, I can legally download the samples I need for just a dollar each and paste them together into a song.
But the tools go deeper than that.
Programs that automatically compose and perform convincing drums have been available for quite some time. Now robot bass, guitar and keyboard players are available. Some can even detect the chords in your music and play along automatically.
There are also tools that can take a melody and arrange an entire song for you in the style you name - such as pop, jazz or orchestral.
So all I need to do is grab a sample, write a simple melody, and put the robots to work. Even the jobs of mixing and mastering, which formerly required two separate highly skilled professionals, have been automated.
My collaboration with the Chinese music company did not last long. After I submitted my first round of music, I was required to upload my music in various formats and fill out a number of forms categorizing the music in various ways so it could be looked up in a database - busy work that took as much time as the composition itself.
When you are working for 100 yuan (US$15) a day, your patience for boring paperwork can wear thin pretty fast.
Still, if you look at online marketplaces, you can find many songwriters, singers and musicians willing for work for a US$5 fee.
I’d like to end with a final deep thought: “There has to be a human factor, something between how we see and feel music, and how the computer sees and feels it.”
This thought was written by a computer, prompted by the text of this essay. I guess my days as a writer are probably numbered too. 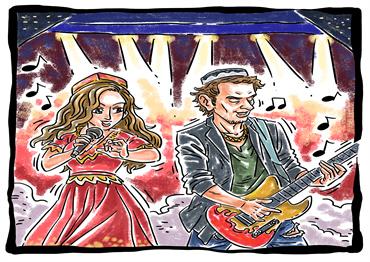 Putting the Folk into Music 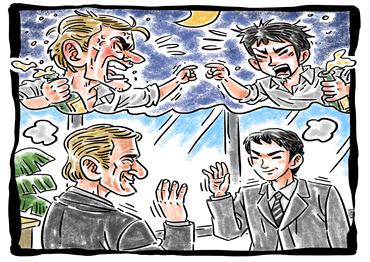 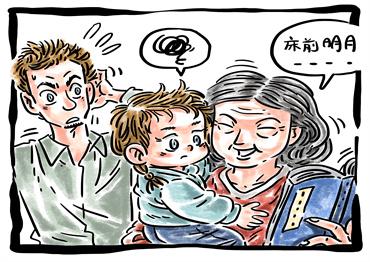 The Poetry of Bruce Lee 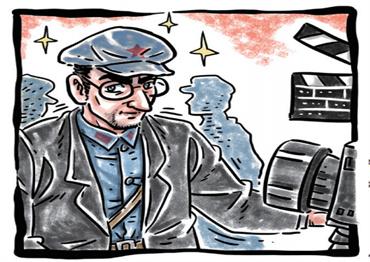