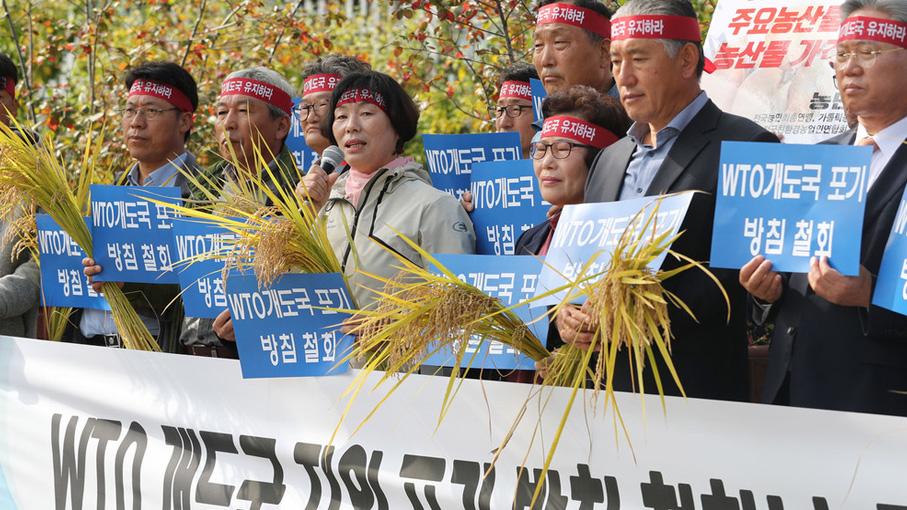 South Korea’s decision to stop asking for special treatment reserved for developing countries in WTO talks is a sign of weakness and may hurt the world economy, says observer

South Korea’s decision to stop asking for special treatment reserved for developing countries in the World Trade Organization is a sign of weakness for Seoul and may hurt the world economy, said a Chinese observer.
South Korean Finance Minister Hong Nam-ki said last Friday that his government will no longer seek special treatment as a developing country from future negotiations at the WTO. This came after US President Donald Trump put pressure on the WTO to change how it identifies developing countries, singling out China for unfairly getting preferential treatment.
Seoul’s move is “clearly a response” to Trump's complaint, said Beijing News columnist Guo Rui, a politics professor at Jilin University. And “South Korea caved under America’s political pressure and compromised its [trade] policy,” Guo added.
South Korea has maintained its self-declared developing country status, but only in areas like agriculture and fisheries. It has been accepting full obligations in other sectors.
South Korean farmers protested and demanded their government pay them over $8.5 billion in compensation to offset the expected damages to their business. They are unlikely to get it.
Giving up developing country benefits does not necessarily serve South Korea’s national interest, said Guo, but it hands a big win to the White House and may set off a domino effect that will end up harming free trade and worsening the world economy.
The WTO does not define “developed” or “developing” and instead lets individual members declare their status. A developing country shoulders fewer obligations than an advanced economy in areas such as tariff rates and subsidies and enjoys benefits such as weaker market access commitments. China and India are two of the countries that have been clinging to their developing country status, despite the US calling them otherwise.