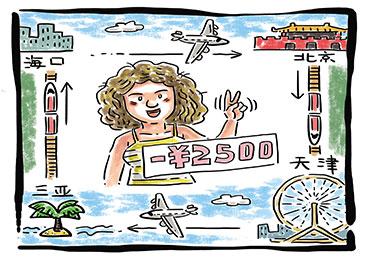 While there are ups and downs and mishaps when it comes to transport in China, at the end of the day, the countless options of planes, trains and automobiles make the travel much easier and cheaper if you have time to spare. Plus, sometimes the travel mishaps make for the best stories, because, as they say, sometimes it's not the destination, but the journey

This past month has been a whirlwind! Between the Mid-autumn Festival, National Day holiday, and random work makeup days, I don’t know what day, month or time it is. While it seemed as if we were in some sort of holiday wormhole, it’s back to work as usual.
This year, I really wanted to travel and make the most of my holiday time off. Usually, I choose to stay and work, but not this time. However, since I made my decision to flee the city so late, I needed to be thrifty to be able to afford my trips during these super expensive travel times. While some people might just bite the bullet and book the more expensive ticket out of ease, I find it a challenge to utilize all travel options to get the best deal when getting from A to B – and this is where China’s wide range of transport options come into play.
For the National Day holiday, I decided to travel to Sanya in Hainan, but the tickets were almost a whopping 4,000 yuan (US$621). Since I could only stay four or five nights, I didn’t think the flight price tag was worth the trip, no matter how sunny and warm the sandy shores would be. So, the hunt began. Flights out of Beijing’s newest airport Daxing are cheaper, but the taxi ride costs around 230 yuan (US$36), which is a pretty penny for a solo traveler going one way to save money on a flight. So, I went for my next option – to fly out of another city. I checked, and I would save almost 1,000 yuan (US$155) flying out of Tianjin, a mere 30 minutes away on the high-speed train. I booked my train ticket and that was that.
As for the way back from Sanya, flying to Beijing was also much more expensive than taking the 1.5-hour high-speed train to Haikou, Hainan’s capital, and flying back from there. All in all, I saved myself around 2,500 yuan (US$388) by taking alternate routes. These kinds of options would never be available to me back home in the US, but many of my friends from Europe have told me they also utilize these alternate plane, train and automobile routes to get to their destinations.
While I do love having these options, sometimes, they aren’t as good as they seem. When I first arrived in China, a friend whose family hail from Dalian asked me to join her there for the October holiday. She went up a day before and helped me book the overnight slow train that took 12 hours. This was my first experience on a train in China, so I was excited. But that excitement quickly wore off as I realized there was a whole different set of norms on this train ride than I was used to. Aside from cramped sleeping quarters with three strangers on a set of two bunk beds (thankfully I was a bottom bunk), there were no outlets to charge things and people weren’t too considerate of each other. I think the rudest awakening, literally, was when the top bunk people pushed my legs aside while I was still sleeping to sit on my bunk in the morning. Little did I know this was common practice.
Another issue with transport is that delays and cancellations happen almost without notice. On my way to Shanghai right before the Mid-autumn Festival, I arrived at the train station to see that my train was canceled, as well as all other trains to Shanghai. I called the airport and all flights were canceled as well. There was a huge typhoon in Shanghai, but they had waited till the last minute to cancel transport, so I was stuck in the train station, bags packed and nowhere to go. Just when I felt I couldn’t be angrier at the lack of foresight and information, I realized that I was already in a train station, so why not just pick another destination?
My friend and I scoured the map to see where we could go that wasn’t too far away, and we realized there was a train to Qingdao in an hour that would get us there in 3.5 hours. We quickly got a refund for our canceled tickets, got some lunch and then we were off to our new destination for less than the cost of our original trip to Shanghai. While there are ups and downs and mishaps when it comes to transport in China, at the end of the day, the countless options of planes, trains and automobiles make travel much easier and cheaper if you have time to spare. Plus, sometimes the travel mishaps make for the best stories because, as they say, sometimes it’s not the destination, but the journey. 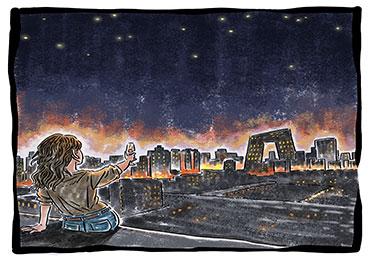