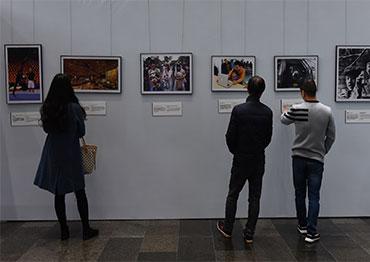 The history of China-US relations tells us that the key to maintaining a stable bilateral relationship is to adopt a practical and rational approach and maintain effective dialogue and communication at all levels Diao Daming, adjunct fellow at the Center for International Security and Strategy of Tsinghua University and associate professor at the School of International Studies at the Renmin University of China in Beijing

I n the past few years, as the China-US relationship rapidly deteriorated, the ideological differences between the two countries have been highlighted by many US politicians as a major reason behind Washington’s increasing hostility toward China.
Indeed, the US and China have different political systems and follow different development paths, which are the result of the varied historical and contemporary experiences of the two countries. But if one looks at the history of the development of the China-US relationship, the ideological differences have never been the driving force in the ups and downs of the bilateral relationship.
In its early days, the Communist Party of China (CPC) approached the US with an open, rational and practical attitude. In 1944, the CPC received the United States Army Observation Group, commonly known as the Dixie Mission, at its headquarters in Yan’an (Shaanxi Province), which was the first engagement between the CPC and the US government.
Although China adopted the “Leaning to One Side” policy (support for the Communist bloc) and allied with the former Soviet Union in the 1950s after the establishment of the People’s Republic of China, the decision was made primarily for security reasons, not just out of ideological considerations.
The two countries’ decision to normalize diplomatic relations in the 1970s was also made beyond ideological considerations and was driven primarily by the national interests of both countries. While the bilateral relationship soured again in the late 1980s following political turmoil in China, it was eventually stabilized by an increase in economic and cultural exchanges between the two countries.
Given the rising strategic rivalry between the two countries, it is very important for the two sides to maintain dialogue and communication. Even when the countries had no normal diplomatic relations and were openly hostile, there were dialogue mechanisms. During the period between 1955 and 1970, for example, the US and China conducted 136 rounds of ambassadorial-level talks in Geneva and Warsaw. In more recent years, the two countries launched various high-level talks, including the US-China Strategic and Economic Dialogue (S&ED) between 2009 and 2016 under the Obama administration and the four high-level dialogue mechanisms established in 2017 under the Trump administration. These dialogues helped prevent the bilateral relationship from running out of control. It is unfortunate that the US suspended highlevel talks completely in the past year.
The history of China-US relations tells us that the key to maintaining a stable bilateral relationship is to adopt a practical and rational approach and maintain effective communication at all levels.
What the Biden administration can and should do is resume high-level dialogue and regulation communication with China to bring the bilateral relationship back on track, which would benefit both countries and the whole world. 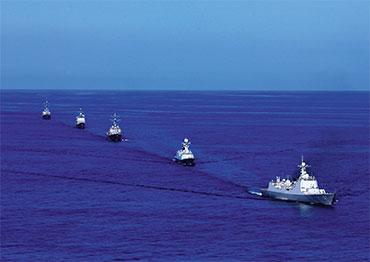