Through improv techniques and experimentation, the US-born, Taiwan-based playwright and stage director Stan Lai connects space, time and cultures in his plays 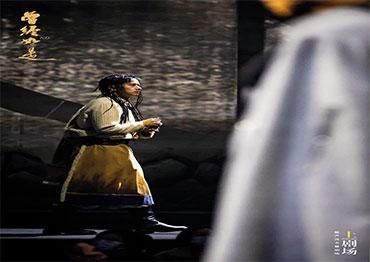 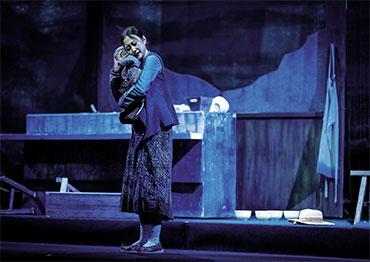 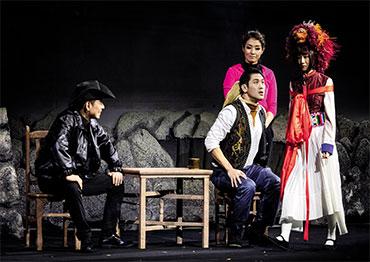 ‘We Need Good Original Stories’
Together with park designer Chen Xianghong, avant-garde stage director Meng Jinghui (Rhinoceros in Love) and the actor Huang Lei (Eighteen Springs), Lai founded the Wuzhen Theater Festival in 2013. “An ancient town and theater – seldom have I seen a place that combines these two elements as perfectly as Wuzhen,” Lai told NewsChina.
In 2015, he opened his first theater, Theater Above, a 699-seat venue in Shanghai.
Last year, the Covid-19 pandemic dealt a hard blow to the theater industry. Wuzhen Theater Festival was canceled. Theater Above was forced to close for several months, though it was among the earliest theaters to reopen.
After reopening, the theater only saw 30 percent capacity. The decreased revenue hurt the privately owned theater, But Lai insisted on staying open. The situation improved and attendance picked up to 70 percent with the gradual easing of the pandemic.
Early this year, Lai co-produced Theater for Living. The reality show sheds light on the struggles of theater actors by featuring eight unknown male actors in a “theater commune” on the outskirts of Wuzhen, where they live and work together for several weeks to create avant-garde dramas. Participants are not only challenged to create and perform a new play each week, but also seek funding, find a venue and promote it. The show was a hit, earning 9.2/10 on Douban, China’s leading media review website.
The show’s popularity helped promote the Eighth Wuzhen Theater Festival in October 2021. The festival featured an unprecedented 23 invited productions, 18 debuts from the Emerging Theater Artists Competition, and over 2,000 performances around the ancient town.
Concerning the future of Chinese theater, Lai pointed out that the industry still suffers from “a problem with originality.”
Lai said that his friend, the celebrated American playwright David Henry Hwang (M Butterfly), asked him after visiting China several years ago: “Why does everyone in China keep calling you a director? Aren’t you a playwright?”
Lai understood his confusion. “In the US, playwrights are regarded more highly than stage directors, while in China directors are deemed more important than playwrights,” Lai said. The reason behind it, he argued, is a lack of attention to originality.
“We are still badly in need of good original stories. People lack the confidence to put on original plays,” he said, adding he has high hopes for China’s younger generations of theater talent.