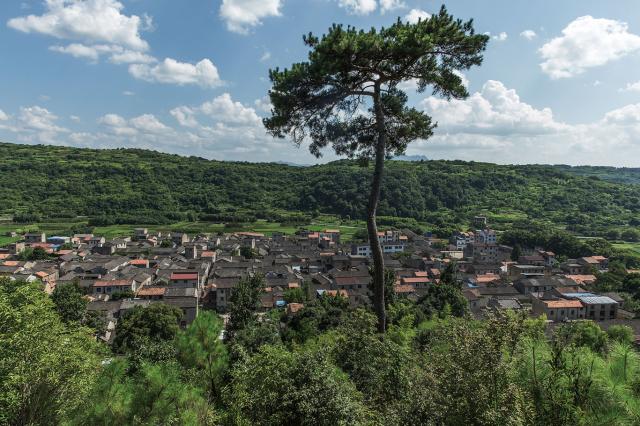 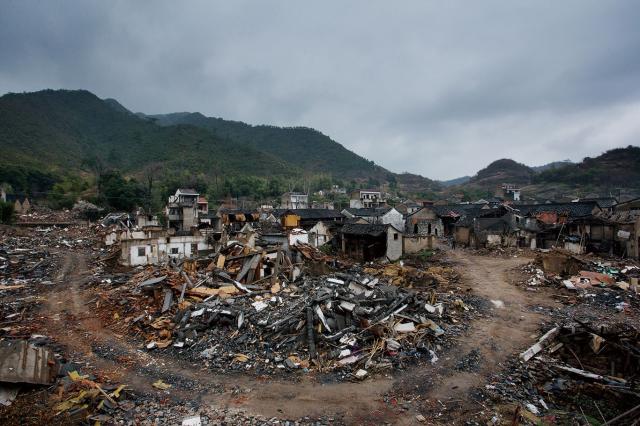 The village, which was home to thousands of residents, lies in ruins after an overnight demolition 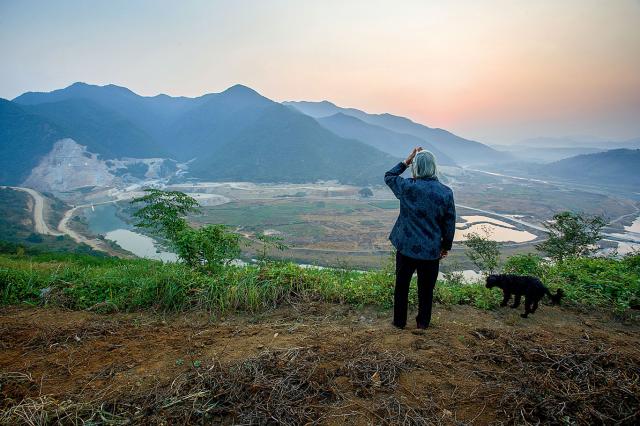 Hubo Village sat at the foot of Mount Qixing on the bank of the Meixi River for a thousand years. Now it sleeps deep underwater. The ancient village located in Xinchang County, Zhejiang Province has been wiped off the map alongside 27 neighboring towns by the construction of a giant dam project that displaced more than 10,000 residents. The relocation began in 2014 and lasted a year. The buildings in the village were demolished by the time the waters poured in. Farms, homes, graves, a temple, an ancestral hall, a memorial archway, a 500-meter ancient street, dozens of well-preserved houses and 16 giant camphor trees were all lost. Life continues. Villagers, who watched their hometown subsumed by the water, try to adapt to new lives in unfamiliar places. The last moments of the village have been documented through the lens of local-resident-turned-photographer Wang Xiaohong in her collection, “My Hometown Drowned By Water.” 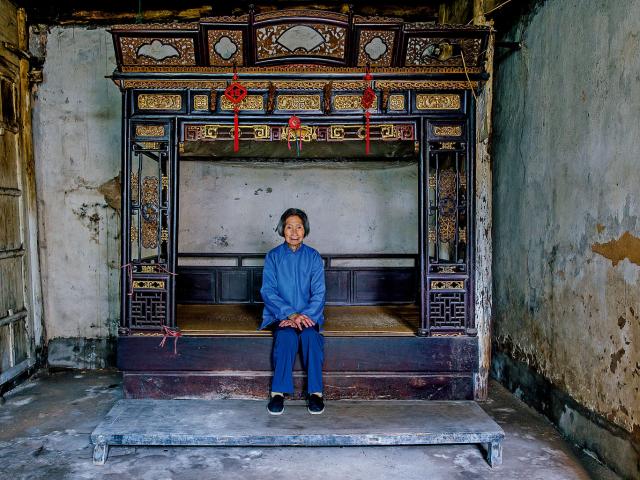 1. Hu Haiqin, 81, sits by her old wedding bed in her empty bedroom as the relocation continues around her 2. Hu Yezhang has worked in this barbershop on the old street since Deng Xiaoping was in power 3. Villagers play poker in front of statues in a temple 4. A family lights candles at dinnertime after a power outage caused by the demolition 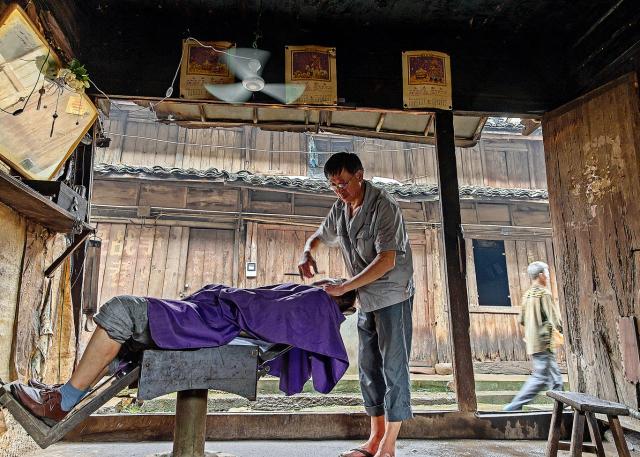 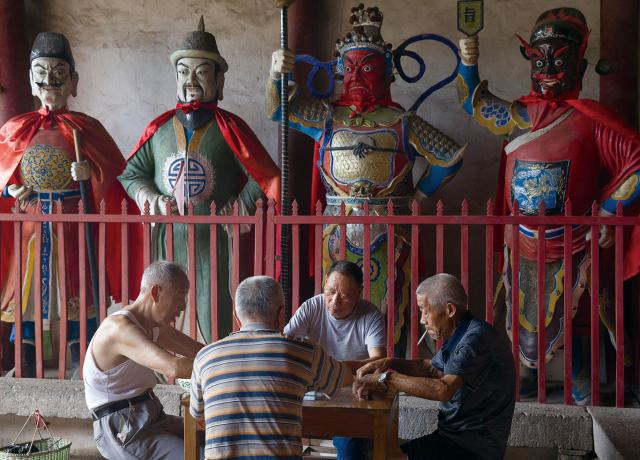 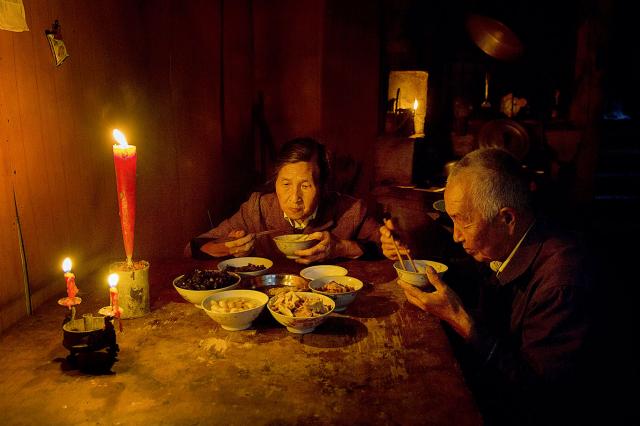 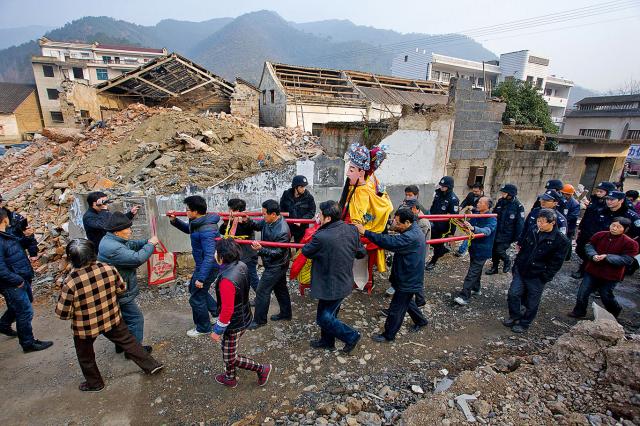 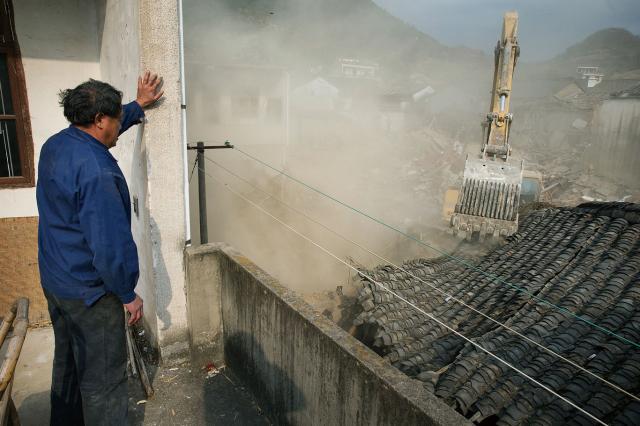 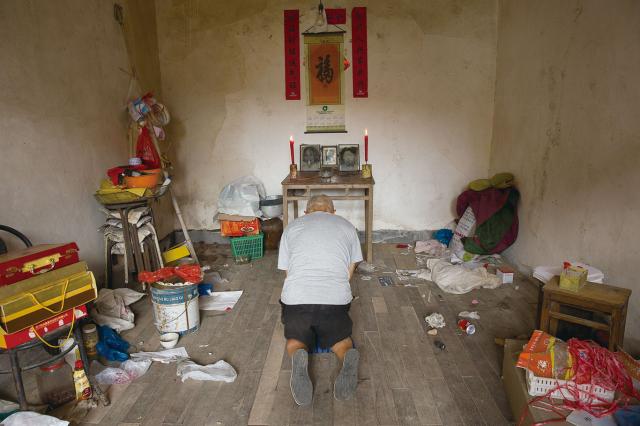 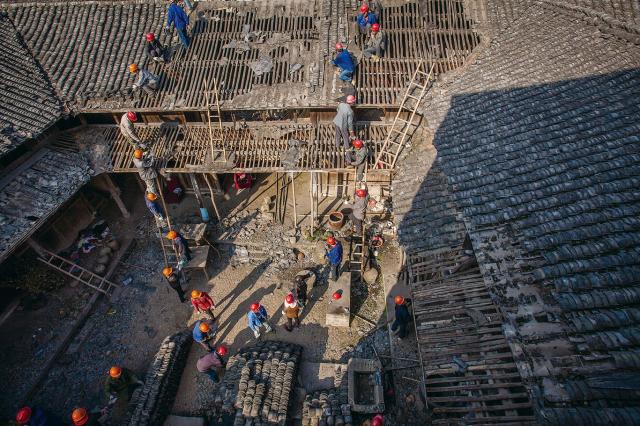 1. A statue of Bo Zeng, an ancestor of the village's Bo family, is carefully moved from the ancestral hall 2. Villager Hu Jianyu watches sadly as neighboring houses are torn down one by one 3. Villager Hu Bocan kneels and bows in front of the family shrine before the relocation 4. Construction workers carefully remove the roof tiles of an old house, which will be rebult in another location

SEEING IN THE DARK